In a move that was long rumored, Google has officially announced it will no longer make its mobile-first indexing deadline.
The company is going to leave the timeline open for now and see how things develop in 2019. This change comes after many websites were penalized by Google’s algorithm in 2018 due to their perceived lack of responsiveness on smartphones.
Highly engaged users may be more important than ever with this new turn of events. Enterprises should seriously consider making their website responsive sooner rather than later if they want to stay competitive online 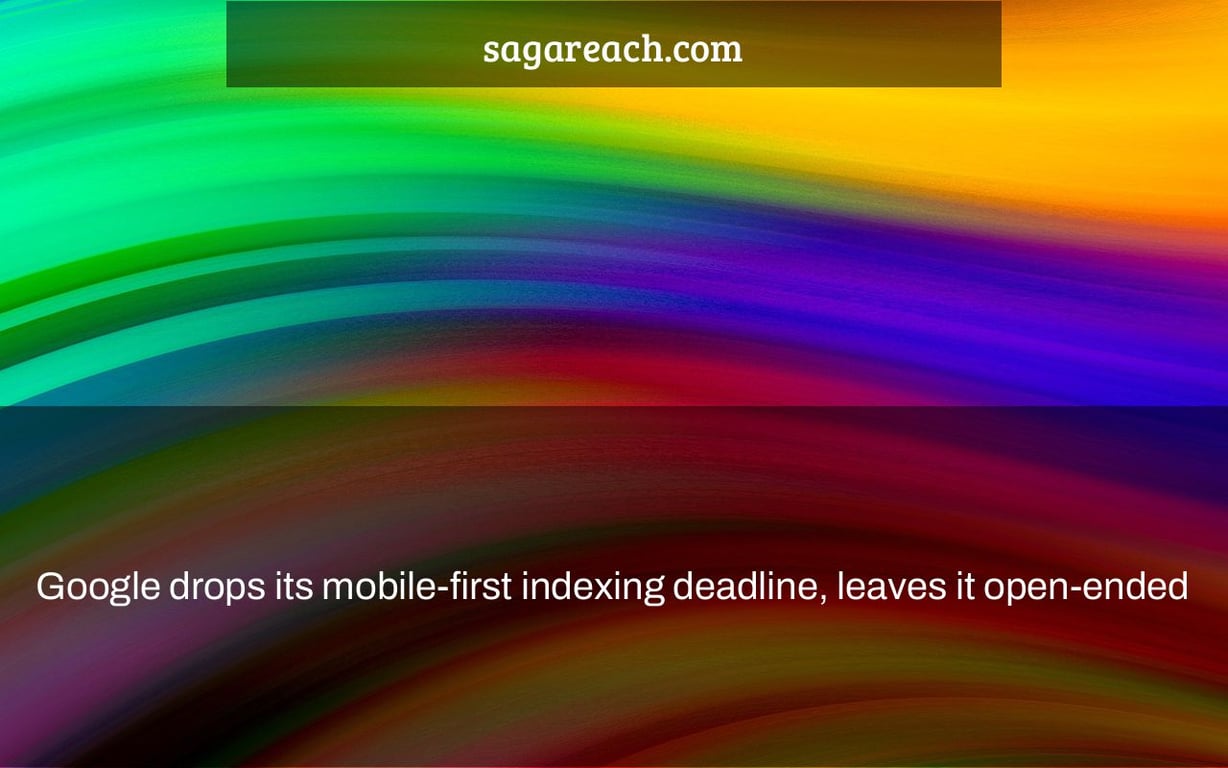 The deadline for Google’s mobile-first indexing is no longer a deadline, and the business has opted to keep the “timeline open for the last phases of mobile-first indexing,” according to Google’s John Mueller. Google had previously moved the date from September 2020 to March 2021, but that time had already passed.

Why is there no deadline? According to Google, the deadline was lifted because the business “found that some of these sites are still not ready to be changed over owing to different, unforeseen issues that they’re having” after “analyzing the sites that are not yet indexed mobile-first.”

“These sites were confronting unusually significant hurdles,” Google said, “and we wanted to accommodate their deadlines.” As a result, these locations were to be “considered” and not moved until they were ready.

Previously. Before most of the world’s lock-downs occurred in early March, Google declared that all sites will have to transition to mobile-first indexing by September 2020. “To simplify things, we’ll be transitioning to mobile-first indexing for all websites beginning September 2020,” Google announced at the time. The deadline was then pushed again to March 2021 by Google in July 2020.

Sites will be relocated. Google said it would “gradually transfer those remaining sites over” when these sites make improvements that allow them to convert to mobile-first indexing. If a website isn’t validated in Google Search Console, Google won’t be able to notify it of a forthcoming move to mobile-first indexing, according to Google. More information may be found in their blog article.

Why should we be concerned? Most, if not all, of your and the sites you oversee have likely been switched to mobile-first indexing. If not, you’ll have more time to think about it.

If your site isn’t ready for the change, I’m worried there are additional concerns with the whole platform that you’ll need to address before it becomes a bigger problem than mobile-first indexing.

Barry Schwartz is a Search Engine Land Contributing Editor and a member of the SMX programming team. RustyBrick, a digital consulting business located in New York, is his company. He’s also the founder of Search Engine Roundtable, a renowned search site focused on advanced search engine marketing subjects. Cartoon Barry is Barry’s personal blog, and he may be followed on Twitter here.